It's never been a bother to me. The Army has always been a "no way, that's not for me mom" kind of conversation. Then suddenly one day my son just send me the enlistment papers, he went to ask some questions and get information without telling me. 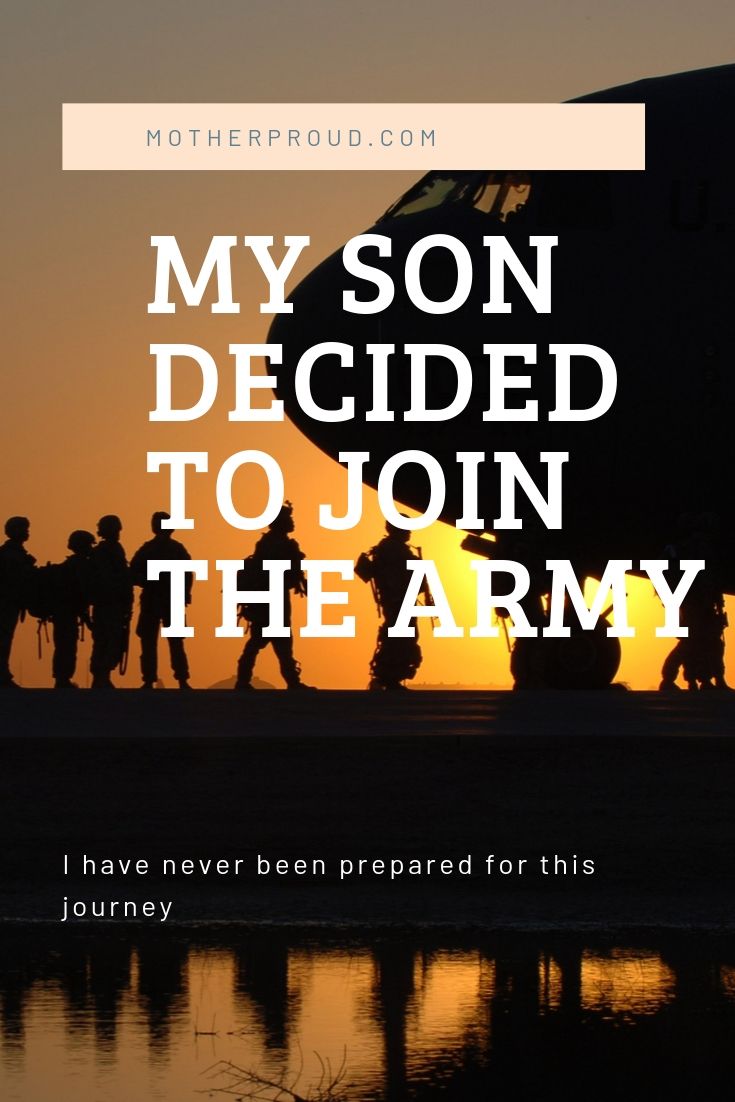 He was 20. He got a job and worked there for two years after school but he really didn't like it. I could be aware of that he was kind of depressed and lost. As his mom, I did everything I could to help him find the right paths but nothing worked. If anything, I was just making things worse.

I can't ever forget the day he came in with his papers. I felt like someone had punched me in the face. He was going to leave in only 3 short months.

I tried to prepare everything in those three months simply because I don't know what else to do.

I told him that I would buy the stuff he might need to bring with him but he refused, he said he won't need anything.

I asked him to go through his room to pick up the things to bring with him since they can't just sit around for three years but he refused again. He said he would do it after Basic Training.

So in three months, he spent time with his friends and went to weekly fitness tests.

About me, I was fretting and losing sleep but still trying to act like everything is totally fine in those three months.

Now He's In The Army

That day finally arrived - July 23, 2017. It was the last time he was my little boy. After five months he would come back and become a man.

We took my son to the local Army recruiter's office that day after left our house. Then they would shuttle him to the nearest base in a couple of hours away. Since I knew that I still could see him the next morning, that day wasn't that terribly awful. We spent the morning with him after drove him to the base before he left for Fort Benning. But, watching him going away with that recruiter was hard... SO hard.

We set out early for Fort Jackson the next day. We managed to spend many hours with him while he finished processing, took his oath to serve and waited for his turn to leave.

The Army families lined in the walkway and waved their little American Flags looking at their young brave men and women to board on the vans so it could take them to their new lives. For me, I stood there looking at them walk by with the thought that they are all so young. They are really just all babies, barely starting to understanding how the world is really working, and they are all ready to die for their country.

At the moment my son walked by I somehow could barely keep it together. I kept waving my little flag with a smile on my face and clapped just because I wanted him to know that we were so proud of him. Actually I want to die inside. I'm crazed to hug him and beg him not to go. I really wanted to be selfish and keep him to be safe with me.

He jumped on his shuttle van, we hopped in our mini-van and we separated in different directions.

I ride home in a daze for two hours, couldn't cry even a little. I need time to process everything happened in the last 24 hours, my brain just couldn't grasp the enormity of it.

Nothing... NOTHING... could ever prepare me for this long journey...